This Day is Special to Me 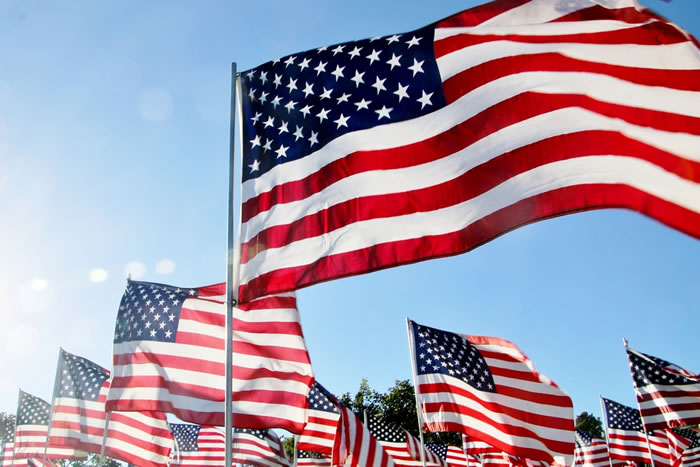 All business and politics aside, I want to share why this day is special to me.  I don’t want to start writing and this be just another cliché.  I wholeheartedly mean it when I say, “Never forget; remember them this Memorial Day”.  Yes, you hear it all the time, “It’s not national BBQ day. Remember the fallen”. I’ve heard it all my life. You’ve heard it so much it seems something that you just say and then carry on with your business without a second thought.  I admit that’s how little I reflected upon this day in my younger years. Being untouched by war or the loss of a loved one can leave you unappreciative of the meaning of this day.

Being raised in a large family with patriotic values where both your grandfathers’ served in WWII and your father and uncles all served during Vietnam, instilled the meaning of this day in me. However, the true value of this day didn’t really hit me until years later. Like many of my relatives that served before me, I enlisted in the United States Marine Corps right out of high school. I set out to make my mark in this big world.  And that’s just what I did. Nearly a dozen countries later and many great life-changing experiences, I had the honor and pleasure to meet one of the greatest people that touched my life.  His name was Melvin Blazer.

I first met Blazer after our Far East tour in 1989. He was a Private First Class when he joined our unit, 1st Battalion, 5th Marines (1/5).  This was a time where a lot of the older “salty” Marines were transitioning out of the unit or out of the Marine Corps altogether.  What immediately attracted me to Blazer is his genuineness and his big grin. He was a couple years senior to most of us at his rank, but showed much maturity and certainty that I hadn’t seen in a non-NCO before. Moreover, his ability to bring people together in fun and amusing conversation.  There was never a time I can remember Blazer to be down, negative, or complain about anything.  That’s why I think everybody got along with him and always wanted him on their team.  This was especially true when we were deployed to the Gulf the first time during Desert Shield and Desert Storm. He had a way to keep the morale up and lead even though he wasn’t an E-4 yet.

Several years passed, many of us left the Corps to move onto the next chapter in our lives.  Blazer decided he was going to make a career of the service, and stayed in the Corps. He moved from duty station to duty station, advancing in his career, including spending time as a recruiter in his home state of Oklahoma.  While few of us stayed in touch with each other, we only heard that Blazer was still making a life in the military.

It was Christmas 2004, I can vividly recall reminiscing about the “good ole days” in the Corps.  Listening to Van Morrison’s “Sweet Thing”, I was scanning my service pictures for a website project I was working on. As I paused and thought about all the great guys I served with – where were they now? My mind started to think about those that may still be in the service. God, I hope they are not deployed in Iraq or Afghanistan. Then I thought about Blazer. Could he be deployed? Is he stateside? It had been a few years since I last heard he was on recruiting duty.

To this day, I don’t know what drew me to look up his name, but there was a site of fallen American servicemen that I frequented.  As I typed in Blazer’s name in the search box, I became hesitant and uneasy.  I briefly closed my eyes and hit enter on the keyboard. As I opened my eyes, there he was…Melvin Blazer, 38 of Moore, Oklahoma.  It felt like somebody punched me right in the gut.  I sank to the floor.  The hurt was strong, as strong as the bond was…even 12 years later.

I don’t write this to obtain pity, or make war glamorous, but rather to share Blazer’s story and what Memorial Day means to me. While most people understand what this day is about, a lot of people don’t. Some of them think it’s just another veteran’s day. Sure it is – for those veterans that died while serving. Yes, I am having a BBQ with my family, but it is our time to remember and reflect those that have shown selfless acts of courage and paid the ultimate price so we can enjoy a nice meal in peace.  Let’s remember Blazer’s and many others’ sacrifice today.  This day is special to me.

Blazer, you left entirely too early; your life, presence, and smiles that you shared was one of the amazing joys of life by all those who knew you. We’ll never forget. Rest in peace Marine.