One Key to Your Success: Build Team Camaraderie 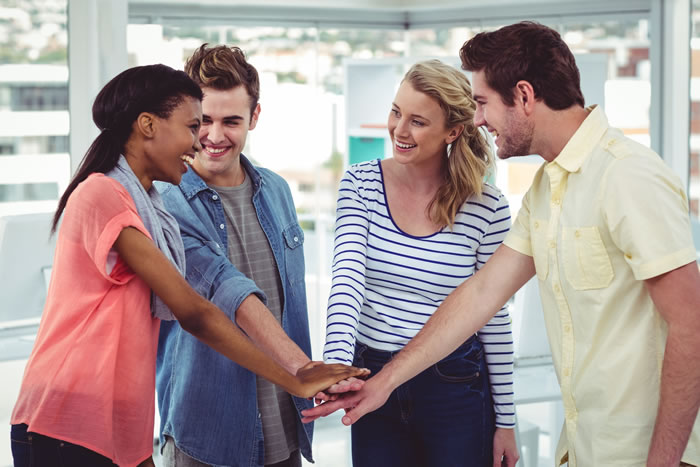 Having a cohesive unit in the workplace ensures team camaraderie and, ultimately, success on any project you may take on. “It takes a village” isn’t just a saying that applies to raising children. It also applies in the workplace, on every level of management. As the CIO, it’s your job to build, encourage and foster that camaraderie so that it infiltrates every sector of your team. That’s how goals are met, marathons won, and deals made. It’s about more than the end game, though. It’s more important to have a cohesive team working in unison like a well-oiled machine through every stage in the process. When a team is disjointed, any bump in the road could derail the train. When acting in unison, a team can weather any storm.

According to LinkedIn, employees who work in an environment marked by friendship and laughter will be more creative and less stressed, which equals higher productivity and increased innovation. In addition to that, collaboration in pursuit of a common goal bridges gaps and makes people feel more connected to one another.

How can you go about building team camaraderie?

Address conflict head on: Most people think that if they can just avoid conflict and keep the peace with other members of the group, they can avoid those uncomfortable disagreements that can damage a team. However, just the opposite is true. Conflict that’s not resolved properly will fester over time, causing far more damage to the team than if it were discussed head on earlier.

Respect the differences of your team: Everyone brings something unique to the team dynamic. Not everyone will be good at leading a meeting, and not everyone will be good at strategizing. The important thing is that every team member brings his own strengths to the table. As the CIO, it’s important for you to recognize the value each person walks into that conference room with. When you value a team member for his strengths rather than weaknesses, this bolsters the strengths of everyone else in the room.

Let each team member own their portion of the project: Every project, group and team needs a leader, that’s a fact. However, when that leader tries to own every aspect of the goal and has trouble trusting others or delegating tasks, the rest of the team feels under-valued, under-appreciated, and under-utilized. Delegating properly means you are giving a piece of the project away to each team member, entrusting them to follow through and own that portion of the responsibility. Your team members will then feel like they’re integral to the outcome, rather than just a cog in the machine.

Involve the team in something other than work: Team building begins with people, and when you foster that basic desire to learn about one another and motivate one another, you can expect much better results when it comes time to actually work. Forget the competitions that pit employee against employee to achieve the highest sales for the month. One way to do that is to involve your team in some kind of office goal, such as a health or fitness plan. Give each member of the team a step tracker and reward the person with the most steps taken each month. A simple goal…a clear objective…a healthy way to encourage team work…often this is the ice breaker that allows you to bring your group together.

Break out of the norm: Teachers do it all the time when their kids need to get out of the classroom setting and into an adaptive and interactive learning experience: they take a field trip. Your team needs a break too. You don’t always have to hold stifled meetings in the board room. Take them out for coffee, treat them to lunch, or suggest a casual meeting outside on a nice day under a shady tree. Sometimes a change of scenery can go a long way toward re-charging everyone’s batteries, inspiring a new line of thinking, or sparking a creative idea.

Celebrate successes: Just like winning a race you’ve been working hard for with a few of your peers, sharing team successes on a project that benefits the company is just as important. Foster this sense of connection and commitment between peers after facing a common challenge, working together to achieve success, and coming out on top. Sharing those stories and recounting how everyone overcame obstacles to achieve the desired result is a huge boost to morale.

In the end, it’s all about bringing positivity to the team and fostering an environment of open collaboration, says the Harvard Business Review.  As CIO, you can achieve that by:

Remember: it doesn’t matter how smart, talented or driven you are, says Inc.com, your organization’s success ultimately rests with your ability to build, nurture and inspire a great team.