Where Generation Z Learns About Technology 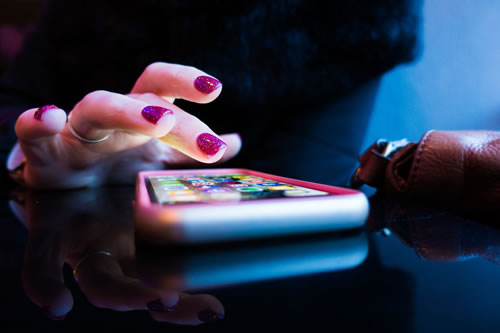 Generation Z is certainly shaping the change in education, not just in in regards to a greater dependence on technology but also in the way they embrace social learning environments, becoming hands-on and directly involved in the learning process. According to Forbes, they expect on-demand services that are available at any time, with low barriers to access, and are more career-focused earlier on in their college careers than their earlier counterparts. Here we’ll explain where Generation Z learns about technology.

Before we get into the specifics, let’s take a few moments to define what Generation Z is. Generation Z, or Gen Z for short, is the generation that comes after Millennials. They were born between 1997 and 2012 and range in age from seven to 22. Check out this cool Pew Research chart that explains all the generations, starting with the Silent Generation from 1928 to 1945.

What’s unique for Generation Z is that they were born into a generation where technology has always been around for them. Indeed, they were never not exposed to technology, which has been a part of their lives from the very beginning. The iPhone launched in 2007, a time when the oldest Gen Zers were just 10 years old. By the time they hit their teens, these young Americans were primarily connecting with the web through mobile devices, WiFi and high-bandwidth cellular service. While Millennials saw the emergence of social media, constant connectivity and on-demand entertainment, these innovations evolved over time, which Millennials adapted to as they came of age. Those born after 1996 were ushered into this age as a matter of course.

Growing up in an “always on” technological environment has led to significant changes in youth behaviors, lifestyles and attitudes.

There’s been a dramatic shift in the way in which Generation Z learns. Studies show that today’s students don’t have any interest in being passive learners. They don’t want to sit behind a desk, spew facts back at the teacher, memorize rote definitions for a test, and otherwise take a back seat to their educational journey. Rather, they want — demand, really — to be fully engaged in the learning process and become a unique part of it. In fact, these students thrive best when given the opportunity to have a fully immersive educational experience, with one study showing that 51 percent of students say they learn best by doing, whereas just 12 percent say they learn through listening. That majority also says they enjoy class discussions and interactive classroom environments rather than traditional teaching methods.

They have a preference towards engaging in a collaborative learning environment, to be sure, but it’s not limited to just in-person interactions. Gen Z is entirely comfortable learning alongside other students outside of the brick and mortar school building as they utilize digital tools such as Zoom, Skype and online forums to participate, connect and engage. This has never been truer than during the current pandemic, where everyone was thrust into a new online world of interactions.

But guess who was already there waiting to embrace the challenge and jump right in? That’s right, Gen Zers. They were well-positioned to thrive in a completely virtual environment because essentially they’ve been training for this day since they were born. Whereas Boomers and Gen Xers may have struggled with the new online reality, Gen Zers took it all in stride.

Because they are a digital generation, these students expect digital learning tools to be deeply integrated into their education. For them, technology is and always has been a fully integrated experience that pervades every aspect of their lives: why should education be any different? To that end, they wish to seamlessly connect their academic experiences to personal experiences via these same tools.

According to Pew Research, just 14 percent of U.S. adults had access to the Internet in 1995, says Inc. By 2014, that number jumped to 87 percent. Generation Z came of age in the most accelerated and game-changing period of technological advancements in all of human history. But it goes beyond just the technology. It extends to a way of life, a constant connection to networks of people and information that almost acts of an extension of themselves.

Indeed, Generation Z are doers, contributors, and hackers of life and work. They gained a voice with mobile technology and on-demand connectivity that enabled them to streamline and systemize tasks and simplify complex problems because, well, there truly has always been “an app for that.”

From TikTok to YouTube, kids and teens today are self-motivators, driven by a passion to make a mark in this world. Going back to the title: where does Generation Z learn about technology? The answer is: everywhere. It’s a pervasive way of thinking that doesn’t elude them, is always in the background and is always on. From school to social media, technology forms the backbone of interaction.

Generation Z is now leading the change in how learning takes place, acting as a driving force in the innovation of new learning tools, unlimited access to resources, and teaching styles. In the end, they find themselves headed in the direction of a more learner-centric and technology-fueled environment where they can choose their own path and become the directors of their own futures. This is where Generation Z learns about technology.